Dr. Barr, a dentist in Boynton Beach since 1992, is very proud of his military service in the U.S. Navy. He served from 1988 – 1991. His first year was at Naval Station San Diego. The 2nd and 3rd years were aboard the USS Independence, an aircraft carrier. He was part of the ship’s company when it was the first response to the invasion of Kuwait (Persian Gulf 1). 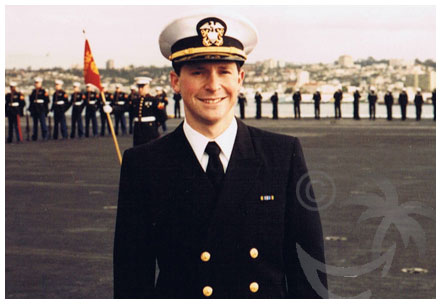 Dr. Barr on the USS Independence,
returning to San Diego from the Persian Gulf. 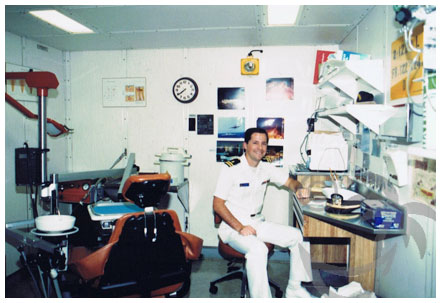 Dr. Barr in his treatment room on the USS Independence.

Dr. Barr learned a lot while in the Navy and highly regards his fellow military veterans. If you are a veteran in Palm Beach County looking for a dentist who can relate to your military service, give us a call at Palm Beach Smiles. We can swap “sea stories” while making your smile healthy and attractive!